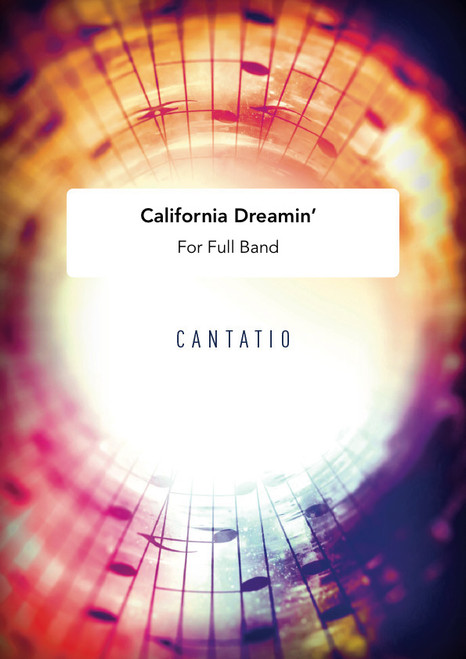 California Dreamin' was written in 1963 while John Phillips and Michelle Phillips were living in New York. John dreamed about the song and woke Michelle up to help him write it. At the time, John and Michelle were members of the folk group The New Journeymen which later evolved into The Mamas & Papas for whom this song was their biggest hit.

May 2015 saw the release of the film San Adreas directed by Brad Peyton with soundtrack by Andrew Lockington. The film featured a rendition of California Dreamin' performed by the Australian singer-songwriter Sia.

WHEN YOU BUY THIS PRODUCT, YOU GET:

DUE TO COPYRIGHT LAW THIS WORK IS NOT AVAILABLE IN AUSTRALIA, NEW ZEALAND OR NORTH AMERICA